The Department of Defense (DoD) operates hundreds of thousands of buildings at over 3,000 installations, including military bases, across the country. These facilities use enormous amounts of power and are 99% reliant on the commercial grid for their electricity. However, America’s mission-critical defense facilities’ reliance on an aging grid poses serious risk to an organization that must maintain 24-7 operations. Extreme weather events and terrorism are of particular concern, since both have the potential to disrupt electricity and fuel supplies for extended periods of time. 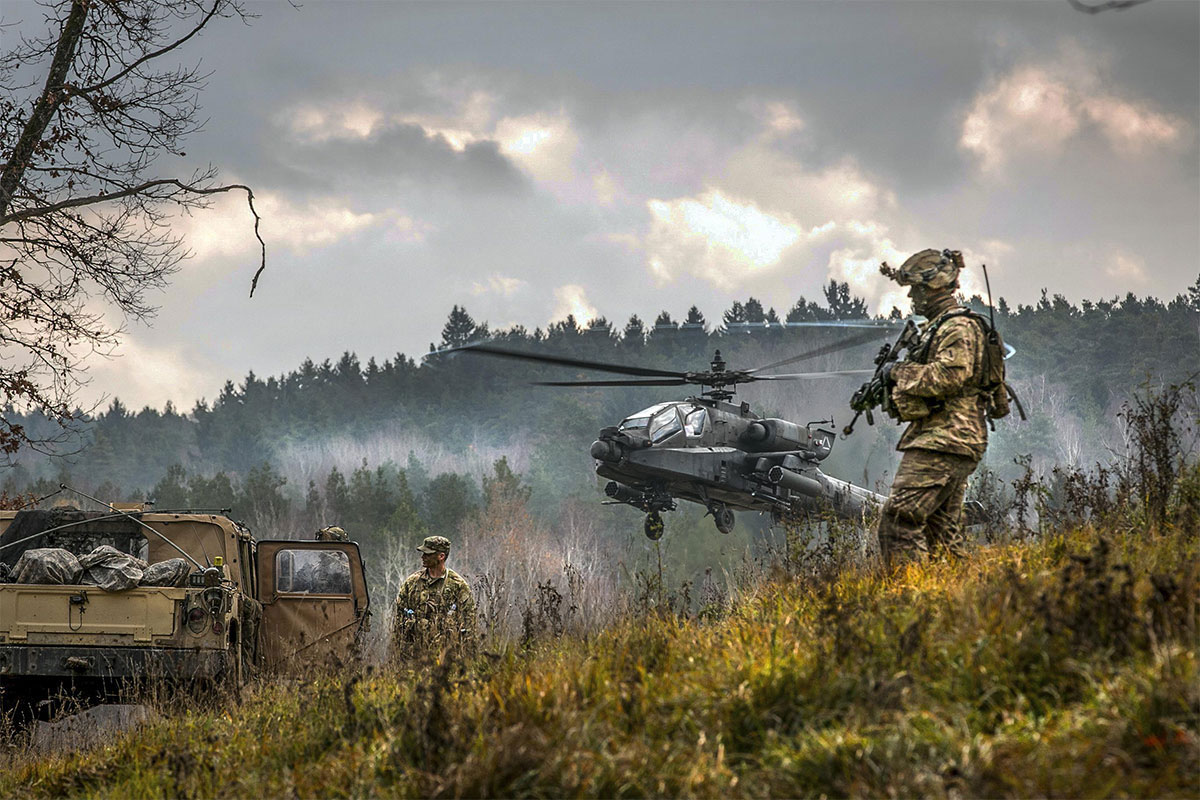 Of course, energy reliability and resilience are imperative to military capabilities and performance. This is why DoD uses diesel generators for backup power in the case of an outage, at times using up to 200 per base. But these generators have serious limitations. To ensure total reliability, the DoD provides each building with its own specific diesel generator. If a building’s energy needs change, that building requires a new generator to meet the new demand. As a result, the DoD has grown to depend on a fleet of thousands of mismatched, individual backup generators that it is unable to adequately inspect and maintain, especially since generators keep failing at a higher rate than expected. Reliance on a complicated, sprawling map of generators comes with significant fuel and maintenance costs, increases emissions of greenhouse gases and other harmful pollutants, and (most critically) leaves these facilities vulnerable to fuel supply shortages and price fluctuations.

The new generation of advanced reactors currently under development could provide even greater energy reliability and security to vital military installations and minimize the need for diesel generators:

Sandia National Laboratories and the Defense Science Board have already recommended the use of SMRs at military installations to alleviate concerns about grid reliability and emissions. And by becoming an early adopter of SMRs, the U.S. military could pave the way for an important new suite of technologies. This is not a new concept for the military. Stationary nuclear reactors built at Fort Belvoir, Virginia, and Fort Greely, Alaska, were operated successfully from the late 1950s to the early 1970s. And, after all, it was the U.S. Navy that launched America’s commercial nuclear energy industry. Today, the Navy powers 86 submarines and aircraft carriers with 97 nuclear reactors, totaling over 5,400 operational years of accident-free operation. 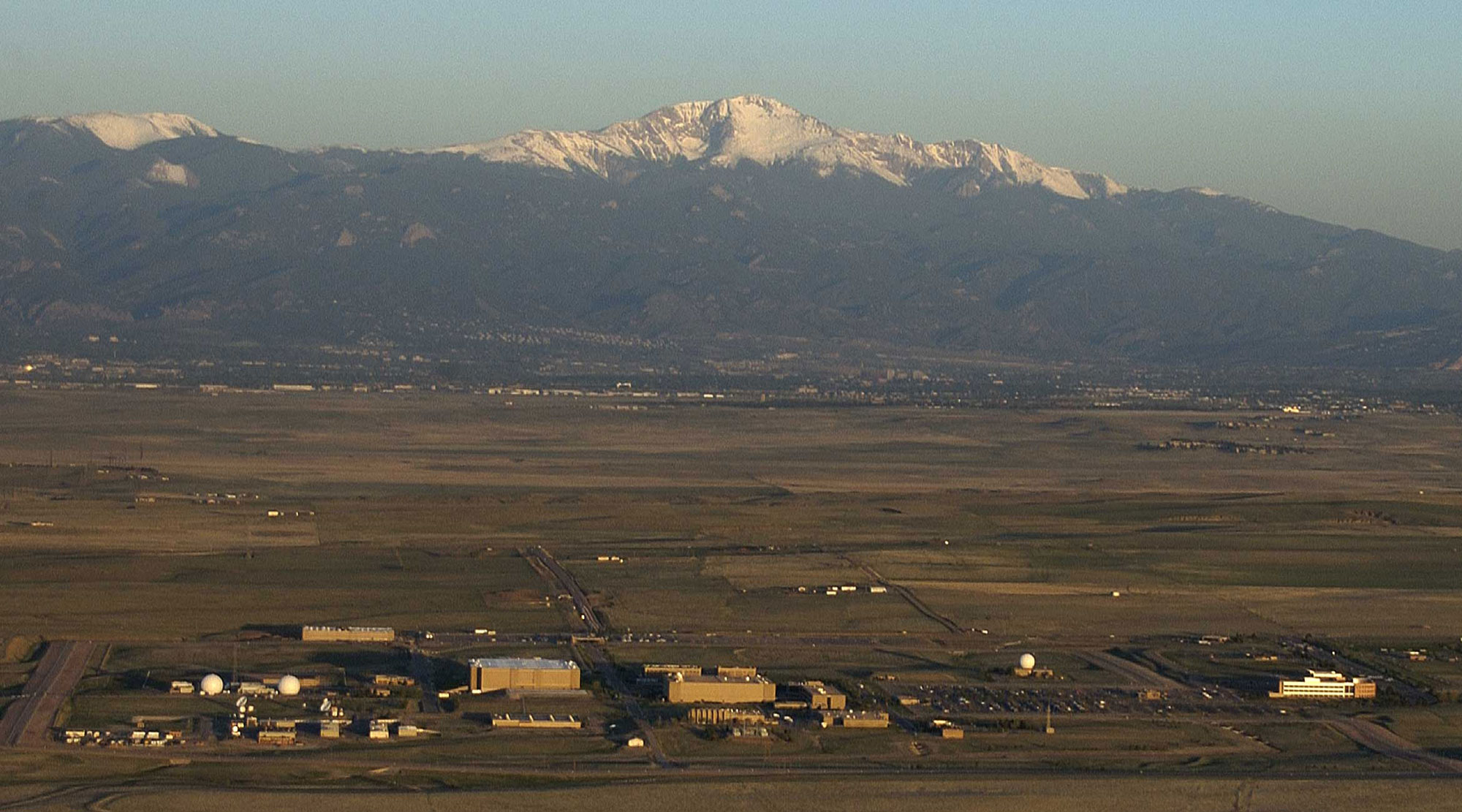 And it’s not just the Navy that would benefit from adoption of SMRs. The U.S. Air Force has determined that disruptions to energy supply from cyber and physical attacks, natural disasters, and over reliance on petroleum-derived fuels are threats to its energy resilience. Advanced nuclear SMRs would mitigate these energy security threats and help guarantee mission readiness at a number of Air Force facilities. Schriever Air Force Base, for instance, is located just outside Colorado Springs, CO, and serves as headquarters for the North American Aerospace Defense Command (NORAD). Energy security is essential to NORAD’s mission of surveilling and protecting North American airspace. Critical operations like piloting drones remotely and missile early warning detection are performed in real time. Any power disruptions could compromise missions and have disastrous consequences.

Schriever has a peak electrical demand of 10.7 MWe provided by the grid. Because of growing potential for grid disruptions, it requires seven diesel generators to meet its energy security needs. Schriever has already been evaluated as a site for an SMR. With two or more reactors, Schriever would guarantee a redundant supply of energy, further insulating the installation from any threat of energy disruption, supply, or price variability. Further, since these reactors are designed to operate for years without refueling, each reactor would be able to meet the energy needs of the facility far beyond what could be accomplished with diesel stored for its current backup generators.

Of the 3,840 acres at Schriever, only 640 acres are highly secured and restricted areas, leaving plenty of space to site SMRs very close to the facilities they’ll power. Locating the SMRs on the base would provide additional physical security for nuclear plants and eliminate miles of unprotected transmission infrastructure that typically exists between electricity generation and military facilities. The DoD could also lease the land to a utility at a low price in return for discounted electricity rates. And by powering Schriever with SMRs instead of Colorado’s fossil-heavy grid, the base would reduce emissions by nearly 76,000 mt CO2e, the equivalent of taking 16,400 cars off the road.

SMRs could be a much smarter way to provide Schriever and other military facilities with the energy security needed to carry out their critical national security functions, while also contributing to a safer, more stable climate.

Reviews of this App:

“Deploying [SMRs] to serve [DoD] facilities has been the subject of significant discussion and study during the past decade. The deployment is viewed as a potential strategy to enhance energy reliability at military installations, and achieve clean energy goals, while also accelerating commercialization of United States SMR technology.”

Bruce Landrey, coauthor of Assessment of Small Modular Reactor Suitability for Use On or Near Air Force Space Command Installations

“There is an opportunity to “invert” the paradigm of military energy. The U.S. military could become the beneficiaries of reliable, abundant, and continuous energy through the deployment of nuclear energy power systems.”

“[By installing SMRs] the U.S. military would be able to reduce its dependence on fossil fuels, long energy supply lines, and vulnerable civilian energy grids, while commercial industry would be able to take advantage of an innovative new technology without having to shoulder all of the risks and startup expenses that otherwise might prevent it from doing so.”

Alex Hokenson, in the George Washington Journal of Energy and Environmental Law

US Department Of Energy